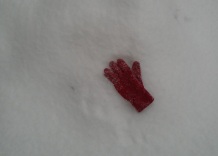 The other day, my friend from Sarasota left me this message:  “Hi Chris – it’s me.  Calling from sunny Florida,” she chuckled.  “I hear it’s pretty darn cold up there in Boston…”

It’s no secret – I don’t like winter. For so many reasons.

If you’re like me, you’re faced with a never-ending string of bad hair days.  If I wear a hat, and dare to take it off when I go indoors, I end up with flat “hat hair” or wild girl “static electric hair,” and neither is a good look.

When you have bad hair, you need to step it up in the fashion department.  Not so easy when you’re dressing from the bottom up.  I check the weather to see what I’ll be trudging through in the morning.  Snow?  Ice?  Slush?  An ankle-deep pool of dirty water?  One thing is certain: the appropriate footwear will be ugly.  Still, I attempt to pull together some sort of ensemble.  Do I wear narrow pants so I can tuck them into the boots?  Or do I try to hide the boots beneath wider pant legs?  Is wearing a dress feasible?  Or will tights look stupid with the boots?  Fashion is pretty much out the window.

Then there’s outerwear: gloves, ear muffs (can I get away with not wearing a hat?), a scarf, and a coat.  Do I risk the woolen coat getting splattered with road salt?  Will a parka protect me any better from being pelted with sleet?

In winter, I spend a fortune on skin care.  One moisturizer is for my “delicate eye area,” another for my face, and still another to wear overnight.  There’s body lotion for my alligator skin.  And hand cream for my cracked finger tips.  And a thicker, greasier version for my poor feet that haven’t seen the light of day since September.  These products may work, but with so many different scents, I smell like a mixed bouquet of three-day-old flowers.  More than one magazine article has warned me of the dangers of becoming addicted to my lip balm.  But you’d have to pry it out of my dry cracked hands.

All this planning and dressing and moisturizing is hard work.  I’m so exhausted I don’t even want to leave the house.  I think about my friend in sunny Florida, and dream of summer, when I can throw on a cotton t-shirt dress and pad around in a pair of flip-flops.

My friend’s two young daughters refer to Valentine’s Day as “the love holiday” because, even at their tender age, they’ve figured out that couples celebrate with greeting cards pledging love and devotion, bouquets of flowers, and gigantic heart-shaped boxes of chocolates.  But not everyone has a significant other.  And for some single folks, February 14th can be a tough day.  Here’s a re-post from March 2016 with my perspective.

The “rom-com” plot never changes: the pretty, but downtrodden, single woman gets saved by the rich, good looking, completely idealized man, whose only flaw is that it takes him a little while to figure out that he’s in love with her; then in the last ten minutes of the movie, he must race somewhere to find her and keep her from leaving town.

“Feel good movies,” that’s what they’re called.  But who feels good after seeing them?  Single women?  Like seeing this one movie is going to wash away past hurts and disappointments, bringing instead, inspiration and hope to carry on – and to believe – yes believe, that the exact same thing will happen for you because Mr. Right is just around the very next turn…

While channel surfing late one night, I realized this movie formula was well-established with 1950’s films like Sabrina, and the Doris Day comedies.  Who says that in order to have a happy ending, the couple must get together?

Shakespeare.  He’s the one.  All the comedies end with a wedding, just as all the tragedies end with a death.  We’ve had over four hundred years of conditioning!  But The Bard was wrong.  This is the new millennium and, back me up here ladies, in the real world the guy tells the girl that he doesn’t deserve her, that she’s going to be a great wife for some other lucky guy, blah, blah, blah, before leaving her with a few mementos and a broken heart.

So what’s a modern girl to do?

I muted the television and sat for a while in the darkness, only the blue glow of the screen lighting my way.  And in the solitude of my living room, I figured it out.

It’s time to change the narrative.  You can’t expect or rely on another person for your happiness.  You have to find your own bliss.  A happy ending can be whatever you want it to be.